I was fortunate to witness Ade’s recent performance of “Killing my Mother“. What an arresting title and it soon became apparent how it came about. The performance was performed at the School of Social Entrepreneurs where The Quest hold it’s workshops.

I have experienced many profound and powerful feelings in this venue and this event was no exception.

I was immediately drawn in to the emotion of Ade’s vivid, visceral and candid story of his life. The immediacy and power of events was conveyed by the story being told in the present tense, although the story moved backwards and forwards between different years. I was moved to tears on more than one occasion and there were also flashes of humour, which meant that the story felt incredibly rounded, grounded and real. END_OF_DOCUMENT_TOKEN_TO_BE_REPLACED 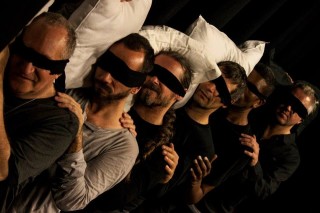 The Lure of Sex and Money

David, a previous participant of The Quest Workshops, recently performed on stage in the autobiographical storytelling piece ‘The Haunting’, here he reflects on his journey with the production.

When I first said I’d participate in The Haunting, I had no idea what it would open up, where it would lead and what I would confront during the process.

After my first meeting with our director Paul Woodward, the subject of my ‘haunting’ shifted and I saw that it was really about my relationship with sex and money. It was a surprising revelation at first and then I started to see how it wasn’t always about that directly, but more about having sex always be something ‘in exchange’ for something else.

I looked at the significant relationships in my life – and I saw how I was almost always the one supporting the other guy, financially or materially. Sometimes, it was really blatant – as with the straight guy who I met when I first moved to New York in 1975: I literally paid his rent, bought him a piano, moved him to L.A. with me – all with the unfulfilled ‘promise’ of sex that actually only happened 11 years later after he was married with children! And then, I asked myself ‘that’s all there was to it?’ END_OF_DOCUMENT_TOKEN_TO_BE_REPLACED